Ibogaine is a naturally occurring alkaloid substance found in various trees and shrubs in the Apocynaceae family. The substance is widely known for its psychoactive effects, including stimulation and a dreamlike state, but is more commonly touted for its potential in aiding addiction recovery. However, while the drug has been utilized for anti-addiction treatment for more than 50 years, it’s never made it past Phase 1 of a clinical research trial.

Ibogaine is a complex substance, but it is one we don’t know a lot about. It could help with addiction recovery. It might not. Your best option is to exercise caution, learn about the drug, and make a decision with a physician before taking any steps to treat addiction outside of a medical facility.

Where does Ibogaine Come From?

Ibogaine is a series of alkaloids found in 3 known and maybe more plants in the Apocynaceae family. The alkaloids are comprised of a series of blockers including one of the only known CB1 receptor agonist. These substances are extracted from the root bark of Iboga trees and shrubs, and sold in many countries as a general tonic, or for applications for fever, pain, and a variety of other ailments. Increasingly, in the west, it’s been used as an addiction treatment to circumvent withdrawal and cravings.

How does Ibogaine Work to “Treat” Addiction?

Ibogaine alkaloids include receptor agonists for CB1 (cannabidiol receptor 1) and possibly alkaloid and potassium channels. This “agonist” effect results in a possible reduction in the chemical interaction of opiates, cannabis, alcohol, and possibly amphetamines. This happens because Ibogaine functions as a channel blocker, essentially preventing current interaction in the brain.

Unfortunately, few clinical or scientific studies have been performed with Ibogaine. Most of what we know about how the drug works is purely theoretical, with some scientific evidence to back it up. In fact, to date, most actual scientific studies involve recognizing potential harmful reactions. This is important, considering Ibogaine also functions as a hERG inhibitor, blocking potassium channels to the heart, which can result in fatal conditions. Ibogaine’s method of action, blocking channels to the nervous system, could also cause complications throughout the body and with other drug interactions.

Ibogaine is typically taken by mouth, with an onset within 30 minutes, and typically last anywhere from 6-30 hours. Early onset effects or effects with a light dose include stimulation, increased energy, and decreased fatigue. With a light enough dose, most users can maintain this stage for several hours. A standard dose to “treat” addiction is typically much higher, resulting in a second stage lasting anywhere from 3-5 hours. This state is known as oneirogenic, referring to the induced state of dream-like reverie, where individuals see imagery and process emotions through a haze. The result is a sort of “waking dream”, in which individuals go through the same processes as when sleeping.

Ibogaine has been used for spiritual, medical, and ritual reasons in Africa and South America throughout history out of record. However, it entered into western medicine in the late 1800s, when it was described by French/Belgian explorers on the African continent. Ibogaine was first isolated from Iboga in a lab in 1901 and synthesized in 1966.

By the 1930s, ibogaine was sold as a stimulant in some parts of Europe, including France.

The drug’s anti-addictive potential was first noticed in 1962, by 19-year-old Howard Lotsof. This recognition led to a life-long campaign to push Ibogain into clinical medical trials and prescription medication. Multiple small-scale studies reported promising results in using Ibogaine to reduce self-administration of substances including cocaine, heroin, morphine, and alcohol.

This continued until 1966, when the drug was classified as a possibly dependence-inducing drug and banned by the World Health Assembly, the FDA, and the International Olympic Committee. 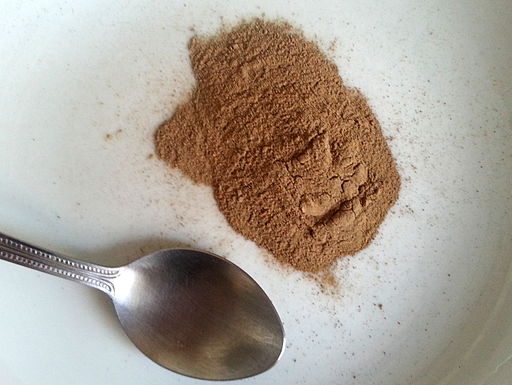 While banned, the drug was still used in numerous cases to attempt to treat heroin and other drug problems. In 1991, NIDA (National Institute for Drug Abuse) began a clinical trial to test the efficacy of using Ibogaine to treat drug addiction. The study was terminated in phase one, citing cost and complexity of the study as unsustainable under the current budget. The study published one report detailing potential positive findings, with numerous contraindications relating to health complications.

Ibogaine is not currently approved for any medical treatments. It is a Schedule 1 drug in the United States.

Does Ibogaine Work to Treat Substance Dependence or Addiction?
Ibogaine is poorly understood. The drug has been illegal in the United States since 1963, meaning that most or all studies have been conducted illegally or in countries with different or poorer regulation. This means that to-date, there are no full FDA approved clinical trials studying the efficacy and safety of the drug.

Those that do exist show promise, but also that more research is needed. For example, in one study containing 33 patients, the woman who received the largest dose died of complications. The study also showed greatly improved withdrawal timelines and the fact that most patients maintained recovery for several months with no follow-up treatment. At the same time, 19 deaths have been recorded since 1998 relating to people taking Ibogaine in clinical trials to treat addiction.

Current research suggests that Ibogaine may be immensely helpful in treating addiction. With the ability to speed up withdrawal, reduce cravings, and do so without repeated daily doses of an opioid agonist, Ibogaine could be a powerful medication once correctly dosed and possibly modified to reduce its hERG inhibiting factor. Today, it’s potentially dangerous, with strong side effects that could affect the heart and nervous system. Users who take a high dose are at risk of cardiac arrest and heart failure, which could be fatal. Analogs such as the synthesized 18-MC, show similar promise without these side-effects.

At the same time, even individuals treated with Ibogaine aren’t “cured”. Instead, they have short periods where they experience reduced cravings and are likely to reduce or temporarily stop self-administration of substances. This quickly returns without follow-up treatment to tackle the underlying causes of addiction such as social, behavioral, and emotional problems.

Today, Ibogaine holds promise but we simply don’t know enough. It’s not safe to take a drug that is unregulated, illegal because it has been proven dangerous, and likely imported or taken from a country with poor health regulation and medical regulation laws. If you or a loved one is struggling with substance dependence, rehab facilities can help. Medically assisted treatment (MAT) is becoming more common, as drug agonists become better, harder to abuse, and simpler to take. Modern rehab facilities offer medical support, group therapy, and behavioral therapy like CBT to help individuals treat underlying causes and to truly recover. Ibogaine isn’t a cure, but you can begin your road to recovery _ and succeed – withopu What is Tramadol?Drug Addiction, For Family Members